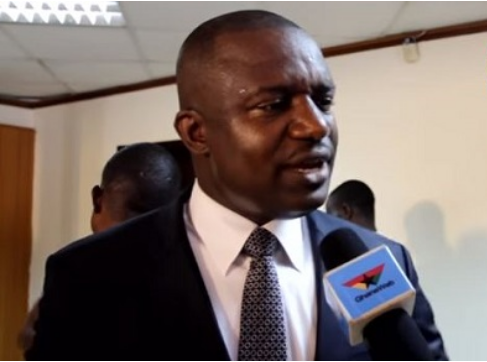 Former Deputy Minister for Energy and Member of Parliament(MP) for Yapei-Kusawgu, John Jinapor, has dismissed suggestions he disrespected Parliament and the Speaker after he made his presentation about a tax waiver being granted to an investor on Tuesday.

According to him, it is very erroneous for the Speaker to say that he indeed made such comments in his absence in parliament yesterday.

Speaking on Okay FM’s 'Ade Akye Abia' programme, he explained that he walked in a daze, bowed and then left after he had expressed his concern about the tax waiver being granted to the private investor, because he wasn’t feeling well.

He said he will draw the Speaker's attention to the fact that he wasn’t comfortable with his statement.

"We represent the people who voted for us and we have every right to speak against things that we don’t like, but won’t disrespect parliament for anything," he added.

Member of Parliament (MP) for Yapei-Kusawgu, John Jinapor, yesterday(Tuesday) made an unfounded allegation on the floor of the August House that the Pullman Accra Airport City Hotel belonged to President Akufo-Addo.

The NDC MP who was Deputy Minister of Power under the Mahama administration then disappeared from the Floor of the House after making the spurious allegation.

The Yapei-Kusawgu MP, who is also a member of the Finance Committee, made the allegation when he was contributing to a debate on a tax waiver of $23.9 million for the procurement of materials, plant, machinery, and equipment by Platinum Properties Limited who, in collaboration with the Ghana Infrastructure Investment Fund (GIIF), is undertaking the Accra Airport City Hotel and Services Apartments project.

Immediately after making that unfounded allegation, the MP was nowhere to be found in the chamber.

As a result, the Speaker, Prof Mike Oquaye, said it was an affront to ‘Mace’ of Parliament.

The MP at the tail end of his submission on the debate had alleged that the tax waiver was to enable the President to build the ‘Akufo-Addo Hotel’ and that members of the Minority would never be part of the waiver after which he left the chamber.