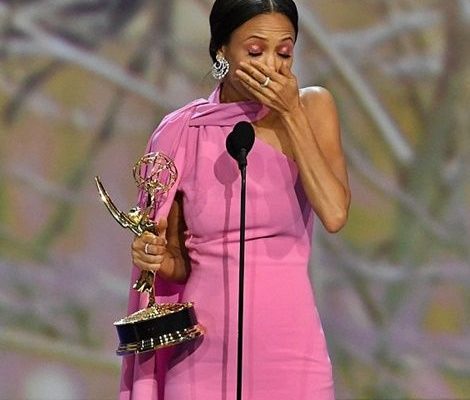 Thandie Newton dropped an F-bomb while giving her victory speech on Monday at the Emmy Awards in Los Angeles.

The 45-year-old actress won the Primetime Emmy award for Outstanding Supporting Actress in a Drama Series during the ceremony at Microsoft Theater downtown.

'I don't even believe in God, but I'm going to thank her tonight,' said Thandie who won for her portrayal of sentient robot Maeve Millay on HBO's Westworld.