I don’t take salaries, per diems as Finance Minister – Ofori-Atta 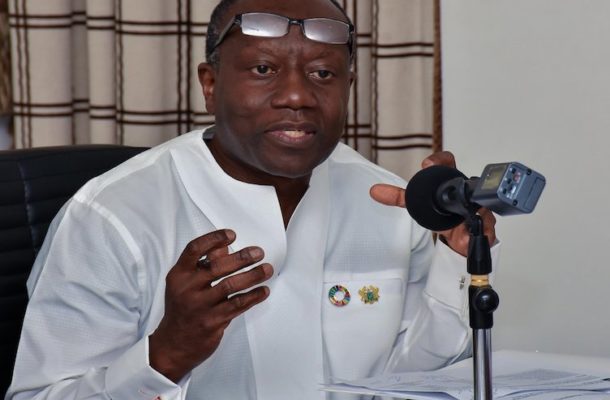 Minister nominee for Finance, Ken Ofori-Atta says he has never received salaries or per diems for his service to the country.

Answering a question during his vetting on Thursday, March 25, 2021, Ken Ofori-Atta stated that he does not seek to use his office for personal benefit.
“I suspect you know that the issue of public service is one that really has been with the family [Ofori-Atta family] for a long time and I came into it with that aspect. I do not take a salary, I do not take a per diem, so those are not the objectives that I come with,” he said.

Samuel Okudzeto Ablakwa, a member of the Appointments Committee also quizzed him on whether the strategic positioning of some firms he is associated with, particularly Data Bank, gives him an undue advantage over competitors.

But Ofori-Atta averred that the record of Data Bank speaks for itself and its longevity gives it an added advantage.
“If you look outside the State, you will see that because of the 30 years in which the firm has run on values and skills, our alumni are everywhere in the banking and financial institutions of deep influence in what they do,” he said.

Ofori-Atta, among other things, touched on the financial sector crisis, insisting that the sector would have collapsed but for government’s intervention.

“We think we have done the best that the country deserves and the results show that. We have a much stronger banking sector now than we had in 2017.”

He also stated that the Ministry of Finance was unfairly treated by the former Special Prosecutor, Martin Amidu, in his corruption risk assessment of the Agyapa deal.

“I do not feel that we broke any law by the way the procurement was done under the transaction,” he said.

“There is no justifiable reason for concluding that the current members of the MIIF Board will jeopardize their apparent professional integrity and reputations to engage in corrupt practices motivated by partisan considerations.