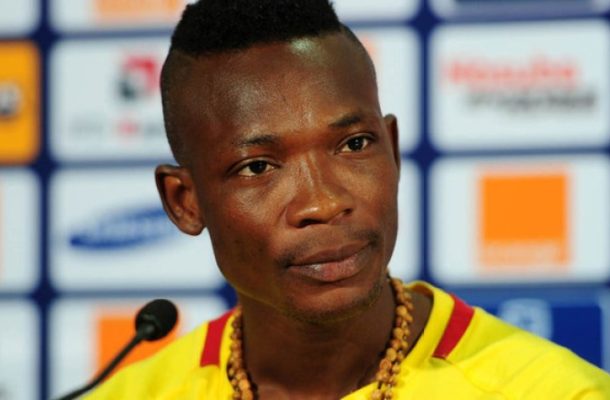 He says he was bullied and treated badly in camp during the 2002 AFCON in Mali  by then his more senior colleague the General as he is affectionately called.

According to Paintsil he one day got fed up of Osei Kuffour and punched him during his routine bullying which resulted in a full blown fight.

The former Liecester City player says they now laugh over the issue whenever he meets Emmanuel Osei Kuffour.

“I fought with one of my seniors during that tournament. Emmanuel Kuffour the General is that player. He brought the fight. He was bullying and making life uncomfortable for me in camp. I know he will laugh over it now because we have moved on. He really made feel bad in camp so one day I just couldn’t tolerate him any longer so I threw the punch, he replied and we fought." he told Kasapa FM.

“The national team was rough at that time but I think we were rebuilding. There was no unity among the players because everyone felt he was a senior," he said.

John Paintsil's fracas with Emmanuel Osei Kuffour did not get into public space then but there were lot of scandals at the tournament including Derek Boateng cooking in his hotel room whiles Samuel Osei Kuffour was axed from camp for gross misconduct a claim he recently disputed in an interview with Joy Fm.

Ghana were kicked out of the tournament in the quarter finals after losing by a lone goal to eternal foes Nigeria.