I am happy Olympique Marseille are rediscovering their form 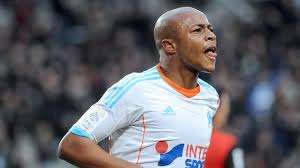 Black Stars deputy skipper, Andre Ayew is glad that his former side, Olympique Marseille are rediscovering their form.


The French giants have been struggling to churn out the desired results this season, having won two lost three and drawn two of the seven games played thus far and went three games without a win.

However, they returned to winning ways last weekend with a win Nantes.

"I am very happy with the victory and above all for the team, for the fans and Franck (Passi). I've known him since I was young. I hope the group will continue to look up,” Ayew told WestHam United website

"If they continue like this, the fans will follow, and the stadium will be full. We had to bounce back, and they did it with force and strength, even if the last few minutes were more complicated.”