I knew John Boadu would not survive re-election – Asiedu Nketia 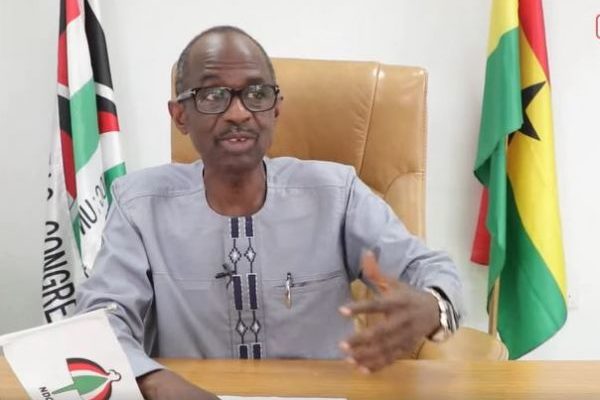 John Boadu, on Saturday, July 17, 2022, lost his reelection as general secretary of the NPP to Justin Frimpong Kodua.

Reacting to the defeat of John Boadu on Okay FM, Asiedu Nketia said he decided against attending the NPP’s National Delegates Conference to deliver his party’s solidarity message.

According to him, he instructed his deputy to take up the duty owing to his premonition about John Boadu’s defeat.

“I was asked why I didn’t go or if I was not invited, and I said I wouldn’t want to go and see John Boadu off. I already had a premonition that it was not going to work for him.

“I knew he was not going to survive it so I said I was not attending and that I would be sending my deputy instead. That was why I allowed Peter to attend on my behalf,” he added.

John Boadu lost to Justin Frimpong Kodua, who polled 2,837 votes, against his 2,524 votes at the party’s national delegates conference held on Saturday, July 16, 2022 at the Accra Sports stadium.