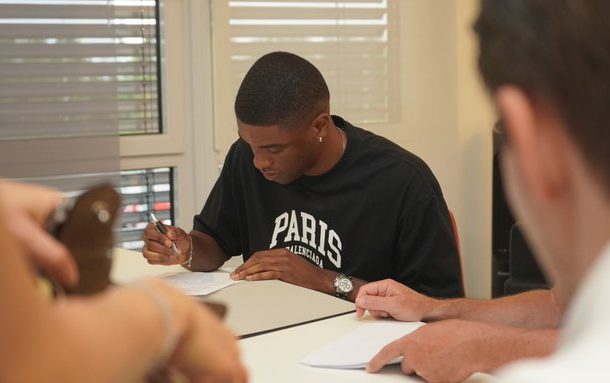 He says he looks forward to score goals for his new side in the German Bundesliga II next season.

Kwadwo Duah: “The club has been trying hard for me for a year. I had the best feeling here, that's why I chose the club. I'm looking forward to the fans, to the stadium and to scoring goals here."

Kwadwo Duah joins the German second tier side  from the Swiss Super League side FC St. Gallen after he successfully passed his medical examinations and signing until 2025.

His move will cost his new club €700.000 after beating a raft of clubs to the signature of the prolific striker.

He will join the team for their training camp from June 26th to July 3rd in Natz/Schabs.

The London-born, 25-year-old striker comes to FCN from FC St. Gallen with a recommendation of 15 goals and four assists.