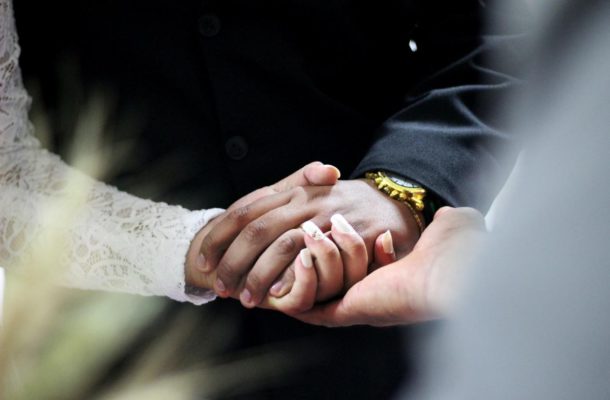 Qatar-based Ghanaian, Stanley Appiah, has revealed that he lost trust and interest in his two-day-old marriage after he read a WhatsApp message that popped up on his wife’s (now divorced) phone.

In a chat on SVTV Africa, Stanley revealed that her wife’s message indicated that she was still in an amorous relationship with another man.

Stanley mentioned that he had to travel out of the country for a year after their marriage ceremony. The message broke his heart.

“I had only two weeks to leave the country for almost a year. It was very heartbreaking for me because we were already married. I asked her about it but her response didn’t make sense. She threw her ring at me out of anger.

According to Stanley, he lost interest in the marriage after that incident. However, he refused to terminate the marriage.

“At a point, I was not responding to her. Later she moved out of the apartment I rented for her and brought back my schnapps. She had her motive even before our marriage,” Stanley mentioned.

Stanley disclosed that the heartbreak led him into depression and resorted to hard drugs and became an addict. Eventually, he got an offer to work in Qatar and used the opportunity to begin a new life.