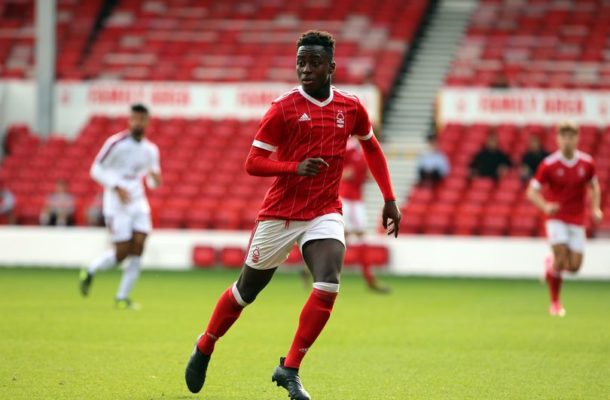 English born Ghanaian winger Arvin Yeboah says he needed to gain first team experience that is why he left Championship side Nottingham Forest for Segunda division side Almeria last summer.

The 19 year old winger was gradually gaining grounds in the first team of Sabri Lamouche's side until he decided to go on an adventure in Spain.

"I felt like I needed to play first-team games, get a different experience at a young age because I know it's better to deal with it when you're younger than at an older age...I feel like God put this in my stage in life, he wouldn't put me in here for no reason so I'm here and I'm blessed that I'm here," he told skysports.

Appiah's Spanish is coming along and his first year abroad has been a learning curve. He's been in and out of the side, but is finding his feet by learning from the best.

"At first I was like 'Guti? unreal' yeah I was shocked," he says.

Guti, the former midfielder, came through the ranks at Real Madrid spending 15 years in the first team playing alongside a seemingly never ending list of Galacticos.

The 43-year-old was appointed manager of Almeria in November.