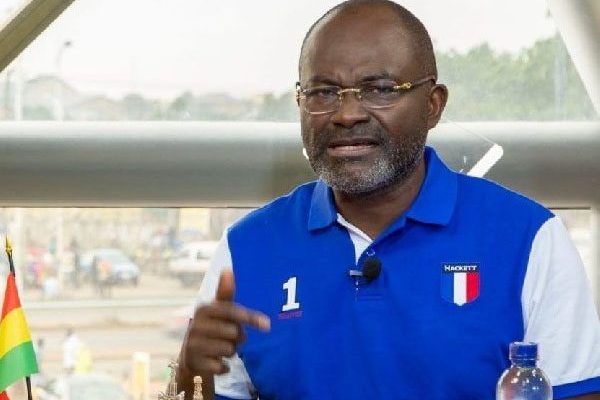 NPP Member of Parliament (MP) for Assin Central, Kennedy Agyapong, has refuted claims that he campaigned against John Boadu who recently lost his position as the General Secretary of the New Patriotic Party (NPP).

"I never asked delegates to vote against John. I can never and will never do that," he stated.

Speaking in an interview on Neat FM's 'Me Man Nti' programme, the MP disclosed how his constituents were campaigning against John Boadu and he had to intervene.

"My constituents were campaigning against John and I fought with them several times. I told them that even if you don’t like him, you don’t have to campaign against him," he said.

"I decided not to support anyone openly . . . I never asked members to vote against John and I’ll never do that. There’s a saying that if a man saves your life, you’re indebted to him for the rest of your life .  . . John Boadu was asked to fire me because I was resisting Anas, and he said he will never do it so how can I do that to him, but every advice I needed to give him I did," he added.