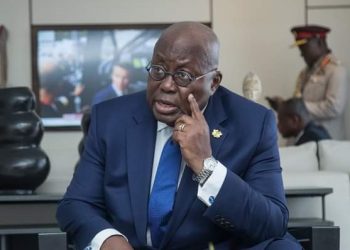 The managing editor of the Insight Newspaper, Kwesi Pratt Junior, has said all he feels now in line with the current happenings in the country is strong pity for Akufo-Addo.

According to him, it appears that the president does not know exactly what is happening in the country hence the reason he keeps making excuses for the current situation the country finds itself.

He explained that the continuous blame of the country's woes on the Russia-Ukraine war means there is a deeper problem which government is yet to identify.

“Sometimes I sit back and watch what is happening and what I feel is a strong pity. I pity him because he is really groping in the dark. I think it's important to shed light on the country Ghana so you may begin to identify the problems properly and to work and solve the problems as they were,” he said on Good Morning Ghana show.

Kwesi Pratt Junior also stated that the president should be concerned about the call for the reshuffle of his ministers as those making these calls are from his own party.