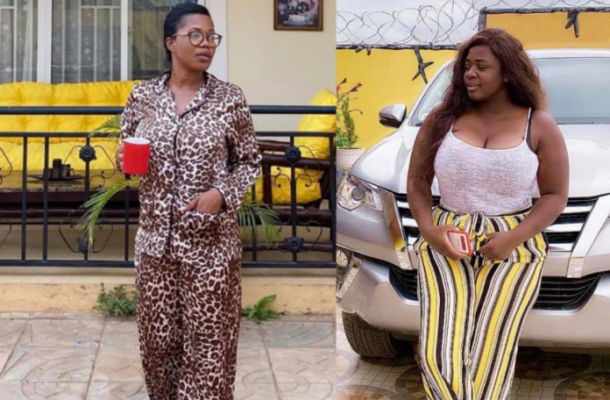 Kumawood actress and producer, Tracy Boakye, has revealed how remorseful she is after the controversial ‘papa no’ saga with musician, Mzbel.

She wished she could turn back the hands of time after throwing tantrums and posting the videos on social media.

“If I had the chance, I will delete all those videos I shared online and I wish I never responded. I have regretted it a lot,” she disclosed in an interview on Accra-based UTV.

Miss Boakye and Mzbel about a year ago were at each other’s throats.

The two celebrities had been fighting on social media over their ‘sugar daddy’ whom they refereed to as ‘Papa No’.

The issue went and some political parties even capitalised on the scandal for partisan interest.

But Tracy Boakye while reacting to the issue expressed remorse.

“I don’t have courage to watch those videos. When I see them on social media, I panic” he said.

Meanwhile, Mzbel has also expressed regret for going public with her personal issues.

On December 26, 2021, Mzbel said she has faced many life problems since the incident.

Mzbel claimed she was forced to cancel her 42nd birthday celebration due to ill-health.