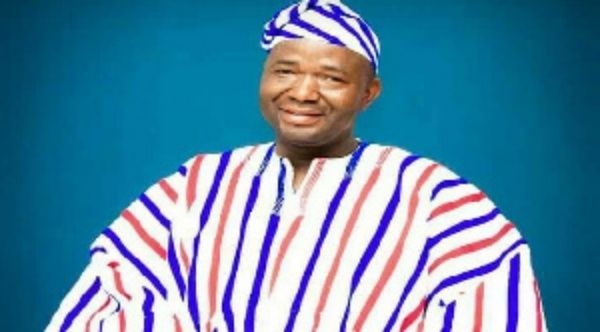 The Northern Regional Chairman of the ruling New Patriotic Party, Mohammed Bantima Samba, has claimed that he used the party's influence to secure the release of the TESCON President for Tamale Technical University (TaTU) who was arrested some days ago.

Sayibu Ibrahim was arrested some two days ago over a controversy surrounding a comment he made about the Northern Regional Minister, Alhaji Saani Alhassan, on social media.

Some aggrieved TESCON members and students of TaTU alleged that Sayibu was arrested for suggesting that the regional minister did not take his bath when he led a delegation to receive President Nana Addo Dankwa Akufo-Addo at the Tamale Airport.

However, the police say the TESCON president was arrested in connection with an attack on a lady who had a banter with him over his comment on the regional minister.

Addressing the media after securing Sayibu Ibrahim's release from police custody, Chairman Bantima said he broke the law by using his influence as a party executive.

"When I heard the news that one of my darling boys was in police custody, I said that it would never happen. Ghana has a constitution, and the police have their principle – do not bail somebody in the night. But chairman Samba broke it (the law)," the NPP regional chairman bragged.

A photo of the Northern Regional Minister meeting the president on Monday, August 8, at the Tamale Airport, went viral on social media.

The minister, who was wearing a shirt with khaki trousers and sandals, was deemed by some social media commentators as inappropriately dressed for the occasion.

Commenting on the viral picture shared on the Facebook page of Tamale Radio, Sayiby Afa Yaba wrote, "I want to believe our Northern Regional Minister didn't bath before he came out."

He was later arrested, leading to speculations that the arrest was connected to the minister's comment.

His arrest is said to have sparked outrage amongst some supporters of the New Patriotic Party in the Northern Region and students of the Tamale Technical University.

The TaTU branch of TESCON, a student group affiliated with the NPP, on Thursday announced a suspension of their activities in connection with the arrest of their president.

The group, at a press conference on Thursday, demanded an unqualified apology from the Northern Regional minister and the entire NPP executives over what they referred to as an unlawful arrest of the TESCON president.

"This unlawful arrest was orchestrated by the Regional Minister, Alhaji Saani Alhassan since his car was used to perpetrate the illegality. We want to bring to the notice of the party that if TESCON members continue to be subjected to this inhumane treatment, we will be forced to suspend party activities on the TaTU campus. We however call on members to stand down on party activities, the group alleged.