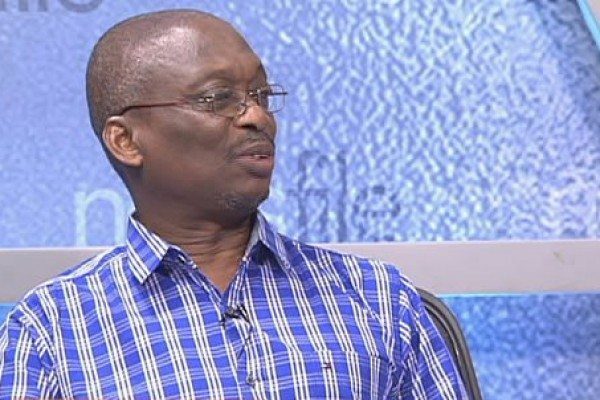 Editor of the New Crusading Guide newspaper, Abdul Malik Kweku Baako Jnr, has made a startling revelation about an experience he was in prison in the early eighties.

According to him, he was a habitual weed smoker and sometimes smoked the substance wrapped with a sheet of the Christian prayer book, the Holy Bible.

He made the disclosure while contributing to a discussion on Peace FM's 'Kokrokoo' Wednesday, June 3, 2020.

Speaking briefly about his prison lifestyle, Baako revealed his only inspiration while at the cells was to listen to radio, read newspapers and smoke weed.

"Kwame, that's the only thing that keeps you going. It's the oxygen of life. When you get a newspaper, it's like a Bible or Quran has been handed to you. We even used the Bible to smoke weed", he sarcastically told host, Kwame Sefa Kayi.

Apparently, the veteran journalist had appeared on the show and was giving his thoughts on what transpired at the Criminal Investigations Department (CID) headquarters yesterday, when Bernard Mornah stormed there to write his statement following an invitation extended to him by the police.

The People's National Convention (PNC) chairman, is being interrogated of an alleged inflammatory statement he made against the Electoral Commission (EC) amid the compilation of the new voters' register.

Commenting on the subject, Kweku Baako said he preferred the police ignore Bernard Mornah and his associates as according to him, they were just making "ugly and empty noises" as has always been done in the country by political elements.

"To be honest, sometimes ugly noises, we should allow. I wish they ignore them, nobody has the capacity to do the things they threaten to do most of the times", he said.