I want Dangote's kind of money to marry - Fameye 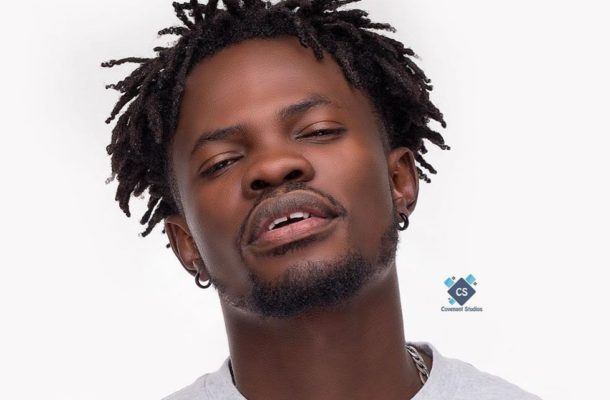 Afrobeats artiste, Fameye has said he is in search of cash to settle down.

According to the 'Notin  I get' hitmaker, although he is in a committed relationship lack of money is preventing him from finally legitimizing the relationship.

“I am in a serious relationship and would want to marry soon but a man needs a lot of cash to take care of his wife and raise the children. I need to work harder and make the money like Dangote and settle down quickly,” he said.

On the subject of money, Fameye - who since he got his breakthrough with Nothing I Get has been featured on a number of shows - revealed that music really pays contrary to what some GH musicians say.

According to him, it was because of the money that new musicians were always coming into the industry.

“I have been playing shows over and over and the money I get from such shows is satisfying. I am a little bit expensive when it comes to charging for shows because if you book me for a show, I can perform for like an hour,” he said.

Fameye, who parted ways with his management team OGB Music three months ago said he was looking forward to working with any serious manager.

“I am not under any new management now and I want to work with any serious management team. For now I am working on my own under Fameye Music,” he said.

Apart from Nothing I Get, Fameye has other songs such as Mati, Envy, Destiny, Barman, Addiction, Sika Duro and Ma Mind Dey. He is currently promoting his latest single Chairman.