I want to take Kotoko back to Africa - Coach Johnson Smith 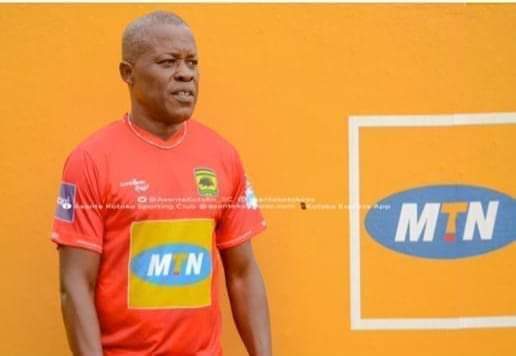 Coach Johnson Smith has assumed duty with the porcupine warriors as the caretaker trainer since the sacking of Kjetil Zachariasen who he was brought to assist.

The former Karela Fc coach is no stranger to being a care taker coach as he has in the past assumed such duties for Asante Kotoko.

He says he wants to take the Kotoko team back to Africa where they were kicked out not too long ago.

“My main aim is to by all means return the team to play in one of the African club competitions.

"Kotoko is a big club and as such they have to compete in big competitions." he told Graphic Sports.

"I am building a very strong team that can win against any team and as well play to the admiration of the fans.

“I know the supporters want to see good football so that is what I am doing. I only need time and support from Kotoko fans."

Coach Johnson Smith is on his third spell as Kotoko trainer since joining for the failed African cup competitions.