"I wanted something special"- Kevin-Prince Boateng on Metaverse wedding 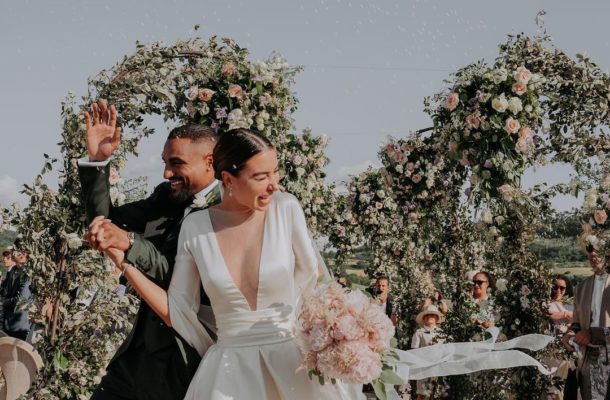 Ghanaian midfielder, Kevin-Prince Boateng says that he wanted  to do something special for Valentina that was why he held a metaverse wedding.

On  Saturday June 11, Boateng and Fradegrada got married in beautiful Siena in Tuscany. What was special about the wedding, however, was that it also took place in the Metaverse, a virtual parallel world.

Fans and other interested parties were able to virtually celebrate the marriage of the Hertha BSC midfielder to the Italian influencer Valentina Fradegrada in Tuscany at the weekend - tickets cost 50 euros each and were immediately sold out.  "I wanted something special for Valentina. Something that has never existed before," said Boateng, according to Italian media reports.

The proceeds from the internet wedding were donated. It is Boateng's third marriage and he has two sons from previous relationships.