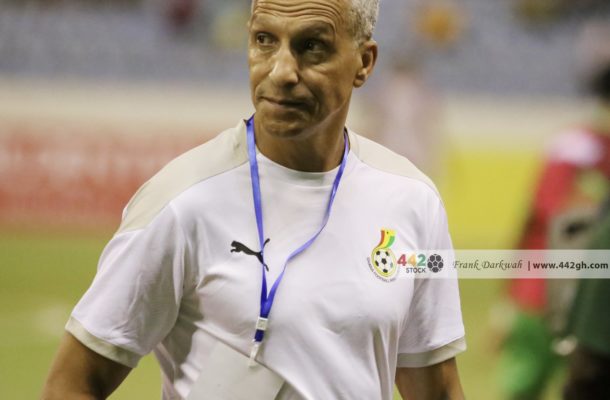 Former Norwich and Newcastle United coach Chris Hughton has revealed how he came to Ghana for holidays but was linked to the vacant Black Stars coaching job before he eventually took up a job with the senior national team.

Hughton has  now agreed to be  the technical advisor of the Black  Stars at the 2022 FIFA World  Cup in Qatar.

The Irish born Ghanaian was appointed as the Technical Advisor to Otto Addo in a hurriedly assembled technical team for the World Cup play off against Nigeria in February.

After Ghana's dismal showing at the 2021 African Cup of Nations tournament in Cameroon, Serbian trainer Milovan Rajevac was shown the exit with Otto Addo being made the coach whiles George Boateng and Masaud Didi Dramani were made assistant coaches.

The new look technical team masterminded a qualification over fierce rivals Nigeria in a two legged play off game.

“Three days before I arrived the Ghana coach lost his job,’ says Hughton. “I was visiting family, just relaxing. But I must have been spotted and a lot of people, particularly in the local media, presumed I was there for the job. It kind of grew and grew.

“They were discussing it on the television and next thing my grandchildren were sending me stuff they’d seen on social media and asking why I hadn’t told them.

"I was relaxed about it. I knew it wasn’t true. But then over a period of time that all changed.”

Hughton answered the call for a play-off win over Nigeria earlier this year that booked Ghana’s place at the World Cup, in a group containing Portugal, South Korea and Uruguay.

"I will be involved in lots of the dialogue with the technical staff but with regards to the squad, team selection, and tactics, I know that is the responsibility of the coach,” said Hughton. “Any way I can help him and support him in that, I will do.

“We are fourth seed in the group but this will be a different World Cup. Players will all have been playing for their clubs. England play eight days after the Premier League stops, for example.

‘So it could be about form, or players picking up injuries and things like that. That October period with no friendlies will be very difficult and a nervous time for countries as they hope their players are okay.

"We will have to take advantage of anything like that when we can.”

Hughton believes he still has plenty to offer as a manager.

“Management is a difficult and lonely job, but we do it to improve players and teams,” he said, speaking to the Daily Mail. “You must also still have the hunger and I have. I still want to get back into management.

‘This is exciting, what’s coming up. Hopefully I will emerge a better manager. The exciting part with Ghana is going into the unknown. They have trusted me to do the role how I see it.

"The question from them was simple, ‘Can you help? The answer was very much yes.’”