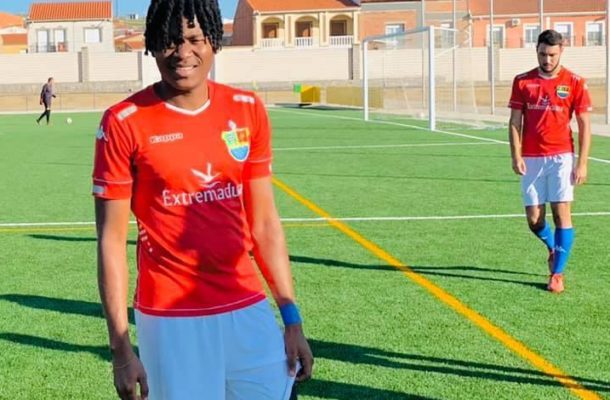 The 18 year-old highly rated creative midfielder penned a year deal with the Miajadas base club.

Reports in the local media in Ghana suggested that the player who played briefly for Legon Cities was transferred by the royals.

The player in an interview with the official Star Makers FC website revealed how ended up in Spain.

“Let me put this record straight, many people think Legon Cities got me a deal in Spain which was false in many reports in Ghana,” Awuley said.

“My deal with The Royals were terminated on mutual agreement. I then move to a Second Division side “STAR MAKERS FC” to start all over again.

“I was with them since Covid halted the 2019/20 league. Star Makers helped me secure a deal here in Spain not Legon Cities, I’m clearing this news now to all.

“We are four players from Star Makers which secured the deal. Baba Awal, Albert Addo, James Yaw and myself.”