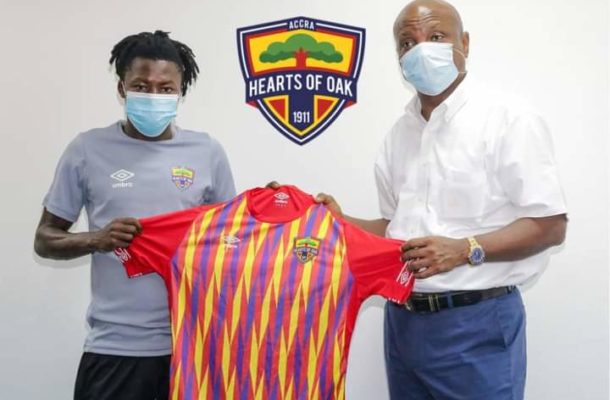 Newly acquired Hearts of Oak player Salifu Ibrahim is elated to have been handed the chance to play for the phobians.

The technically gifted playmaker signed a three year deal with the phobians after agreeing personal terms and passing his medical examinations.

He is the first player acquired by the phobians since the opening of the second transfer window.

According to Salifu, playing for Hearts of Oak is every player's dream and is grateful to the club for nthe confidence reposed in him and has vowed to bring success to the club.

“It’s a privilege to serve Hearts. I thank the Club for reposing confidence in me. This is the best playing opportunity most players desire to have. I will contribute my quota to bring success to this team,” said the 20-year-old.

The former Unistar Academy player made fourteen appearances so far this season scoring once and making three assists.

The likes of Medeama SC, AshantiGold SC, Karela United and Asante Kotoko were all credited with interest in the midfielder.

He has been handed a call up by the national team coach C.K Akonnor  ahead of next month's Africa Cup of Nations qualifiers against South Africa and Sao Tome & Principe.