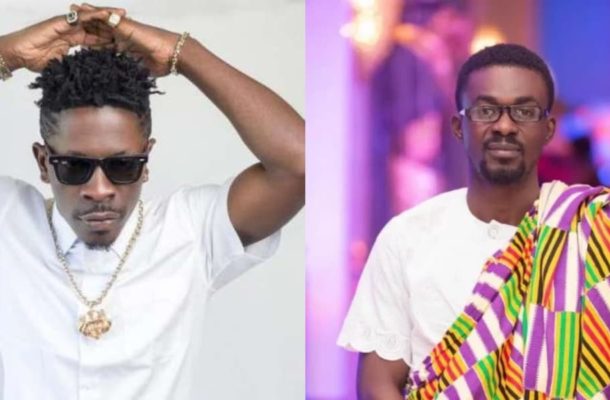 Shatta Wale has revealed that his contract with Zylofon Music is for life.

He noted that though his contract had officially ended with the record label, he would never leave.

This, Shatta Wale explained, is because of the love he has for the Zylofon boss, NAM1.

According to Shatta Wale, NAM1 has played a large role in his career success, therefore, it would be very difficult for him to leave Zylofon.

He added that even his historic collaboration with Beyonce, NAM1 played a role, therefore, he is forever indebted to him and Zylofon Music.

He was standing trial for an alleged fraud case which was later proved false and he was consequently set free.

His movement to Dubai was necessitated by the shutdown of Menzgold, one of his companies where he traded in gold.

Meanwhile, Shatta Wale is trending after his historic collaboration with Beyonce.

He was featured on the Already song of Beyonce’s Lion King album.

There were others including Yemi Alade, Tekno, Wizkid, and more Nigerians who were also featured on the album.

Shatta Wale, however, was the only Ghanaian to be contacted for that project.

Bulldog has narrated how Shatta Wale’s collaboration all came about.