I will not contest Akufo-Addo - Addai Nimoh 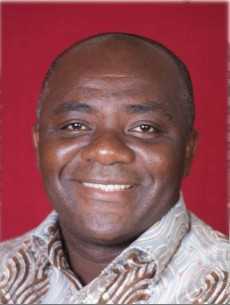 Former member of parliament for Mampong Constituency in the Ashanti Region, Francis Addai Nimoh says he will not contest President Nana Addo Dankwah Akufo-Addo for the 2020 flagbearership position of the party.

He says it has become a convention within the party for a sitting President not to be contested.

"That not withstanding, I still have a presidential ambition to become President of this country", he maintained.

Speaking on Okay FM's 'Ade Akye Abia' programme, the one time flagbearership aspirant of the New Patriotic Party explained that he has not made any decision yet to contest for the flagbearership position of the party.

"But if the President decides not to contest again, I will make my intentions known", he added.

According to Addai-Nimo he has a vision to contest the party’s flagbearer position and that vision has not changed.

He contested for the flagbearership race of the elephant family but lost to Nana Akufo-Addo in a contest many political pundits applauded him for the votes garnered in 2007.