I will report you to Boris Johnson - Chairman Wontumi threatens Mahama 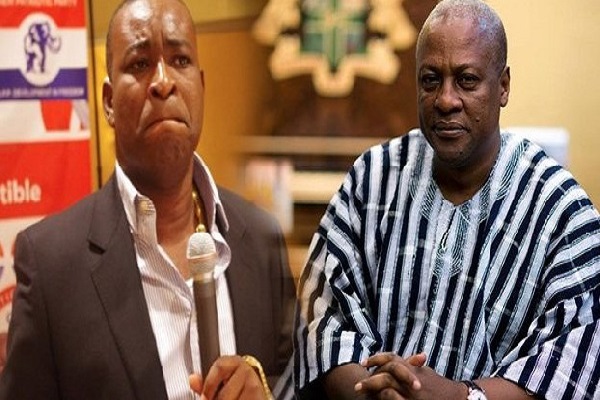 The Ashanti Regional Chairman of the New Patriotic Party has vowed to report the flagbearer of the National Democratic Congress, John Dramani Mahama to the Prime Minister of UK, Boris Johnson.

Mr. Bernard Antwi-Boasiako stated that former President Mahama has subjected Ghana to public ridicule by “stealing the idea” of the UK Prime Minister and presenting it as his own on the national colours of Ghana.

He noted that “if former President Mahama had produced an original message, there will be no way he would have reproduced a door which represents Number 10 Downing Street in UK on the Ghana version he posted on his timeline”.

The NPP Chairman also known as Chairman Wontumi explained that he has saved the post of former President Mahama and would forward it to his UK counterparts ”so that the necessary actions would be taken to prevent the former President from stealing the ideas of other world leaders”.

"John Mahama is free to send out message but he must learn from President Akufo-Addo who as always been original and given credit if he borrows words from other authors", he advised.