I will weigh up my Chelsea career in 2018- Thibaut Courtois 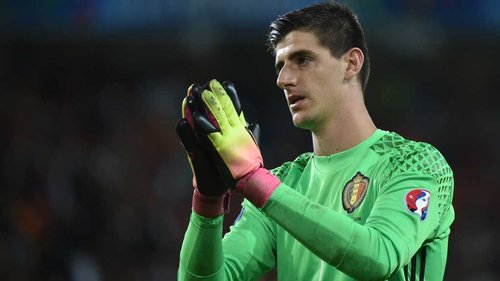 Chelsea and Belgium goalkeeper Thibaut Courtois has revealed he will only look at the possibility of leaving the English outfit in 2018.

Speaking with Spanish daily Marca, the 24 year old insisted he will see out his contract with the Blues which expires in  two years despite admitting he misses life in Spain.

"I have a contract with Chelsea for three more seasons. In 2018, when I enter the last year of my contract, we will have to weigh up whether it is best to renew or leave."

The Belgian joined Spanish top tier side Atletico Madrid on loan from Chelsea in 2011 helping the Spanish side to win the Spanish league, Copa del Rey and Europa League, and also reaching the Champions League final under three seasons.

The lanky goal stopper has established himself as Chelsea's number one goalie after displacing the team's stalwart stopper Petr Cech who was traded to English outfit Arsenal.

On missing Spain the Belgian said "Yes, but not only because of the club, but for how Madrid is and the entire country. "From the first minute I loved Spain for its people, the way of life, the food...

"Today I still have the food and eat dinner late, the siesta, the television I watch most is Spanish. I feel half Spanish.

"The three seasons at Atletico made me the goalkeeper I am now. When I said goodbye I felt bad, it's not easy to make me cry."

Thibaut's loan stint with Madrid ended in 2014 but the young goalkeeper said he was convinced at that point that his love for Spain might bring him back to La Liga.