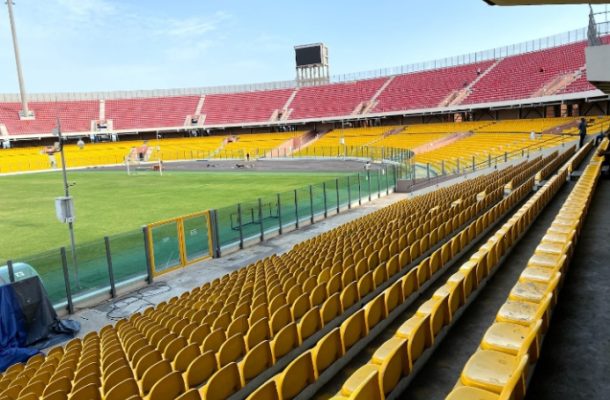 Head of the Ghana Football Association's medical team, Dr. Adams Baba says he will not be surprised if the government decides to rescind its decision to allow spectators back into the stadiums.

Since the return of football, clubs have been playing in an empty stadium with most of them complaining about the financial hit they are getting.

Recently, government announced that restrictions on spectators have been lifted with clubs allowed to receive 25% of Stadium capacity across the nation.

According to the medical personnel, he will not be surprised if that decision is reversed as clubs themselves are flouting the COVID-19 protocols with impunity.

He says a monitoring team has been going round to monitor clubs and their report indicates clubs are going contrary to the protocols.

"I will be unsurprised if government rescind its decision to allow supporters to our various stadia because clubs are not adhering to the basic principles. "he told Kumasi FM in an interview.

"A monitoring team has gone round and clubs are not complying to the Covid-19 protocols.

The only option that's applicable is reverting back to the empty stadium than halting football again, "he said.