I won't speak for NDC because of Asiedu Nketia - Koku Anyidoho 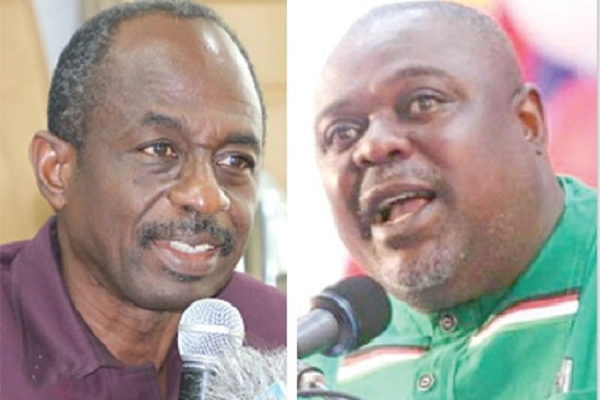 A former Deputy General Secretary of the largest opposition National Democratic Congress (NDC), Samuel Koku Anyidoho has given his reason for not taking part in the 2020 campaign activities of the party.

According to the Chief Executive Officer (CEO) of Atta Mills Institute, after contesting the General Secretary of the NDC, Johnson Asiedu Nketia, the latter has stopped him [Koku] from speaking to the media about the party.

In responding to a question about why he has not been actively seen working for the party, Koku Anyidoho on Okay FM’s 'Ade Akye Abia' Morning Show said that Asiedu Nketia yelled at a reporter for talking to him over the invitation of Chairman Samuel Ofosu Ampofo to the CID Headquarters sometime ago.

He narrated that the NDC Chief Scribe embarrassed him by stopping a reporter from interviewing him with the excuse that he [Anyidoho] had gone for an election and lost, making him a nobody in the party to grant interviews on behalf of the party.

“When Ofosu-Ampofo was invited to the CID, I went there in my capacity as a former Deputy General Secretary and in an attempt to correct an erroneous comment the reporter made, Asiedu Nketia screamed, ‘who is asking you to interview Koku Anyidoho, don’t you know he has gone for an election and lost? He is nobody at the party so come and interview me because I am the General Secretary of the party’,” he recalled.

To him, he is not prepared to suffer another embarrassment from the General Secretary of the National Democratic Congress (NDC).

He stressed that those who have a locus in the party should be talking and working for the party; thus, he will rather support the party from behind in the best way he can but would not stick his neck out to speak for the party again after the embarrassment he suffered publicly in the hands of Asiedu Nketia.

“Those who have a locus in the party should talk for the party. I will not allow Asiedu Nketia to embarrass me again because of one election that I contested him; he wants to embarrass me, it won’t happen. We are minding our own business; we will support from behind the way we can,” he stated.

He insisted that those who have been voted should be allowed to work for the party, recounting that Asiedu Nketia was not lying to point it out to him that he [Koku] has no locus in the party.

“I am nobody at the party and he [Asiedu Nketia] is the General Secretary so he decides who must talk about the party. Nobody has gone anywhere and if you are a General Secretary and you think that you can embarrass your immediate past Deputy because he contested you . . . I also have work to do; I went to school, I have a certificate and I have an experience," he professed.

“I don’t want any trouble with anybody at the party. He is the General Secretary and so let him run the party the way he wants,” he stressed.