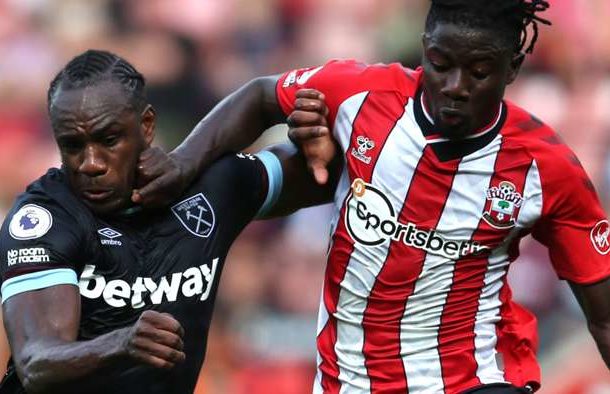 Arsenal legend Ian Wright has heaped praises on Ghana and Southampton center back Mohammed Salisu for his incredible performance against West Ham over the weekend.

Salisu put up a great shift on Saturday as he and the Southampton defence were able to stifle the West Ham attack in the Premier League.

Together with center back partner Jack Stephens they were able to keep Michail Antonio and his West Ham quiet as they drew 0-0.

Antonio had been in amazing form coming into the match, having registered four goals in their opening three matches.

“They [Southampton] played a little bit differently. We know that West Ham came into it with seven points from three games, but I thought Southampton played brilliantly, [Mohammed] Salisu and [Jack] Stephens in particular, they totally nullified [Michail] Antonio,” Wright said on BBC.

“They restricted West Ham a bit and they were at them, they didn’t give them time, and Salisu and Stephens really had it locked off with the way they were defending. West Ham were just crowded out and I like the way that Southampton did it because it was a different way of playing.

“Antonio, we have seen all season so far, he has been roughing people up, but on this occasion, I thought they both dealt with him very well, they were just very good, very solid, in the right place and making clearances.

“In the end, they had good chances and they could have nicked it in the end, but it was brilliant from Southampton.”

Salisu’s performance also caught the eye of club boss Ralf Hasenhuttl. The defender lasted for the entire duration of the game.

“Salisu is very strong. In the duels, he is very nasty because he is on them, that is his game,” said the manager.

“This is why I wanted him to play against Antonio, his physicality. He has these qualities. Today we had the first game where we could stop him and this was good to see.”

Salisu has played in all four games of Southampton so far this season, lasting for the entirety of each game.

He joined the English side from Spanish outfit Real Valladolid in the summer last year.