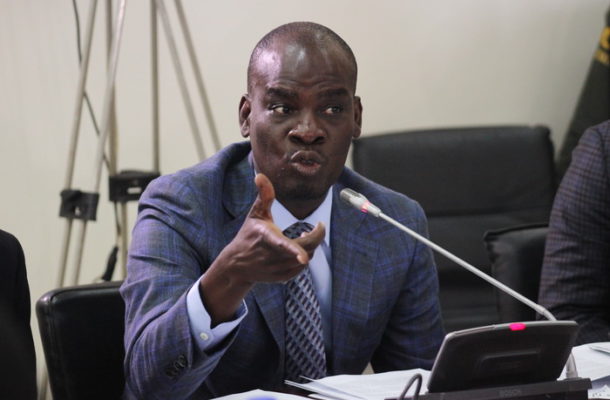 Ghanaians are being advised to ignore claims that government has reportedly suspended the implementation of the law banning the importation of salvaged cars into Ghana.

Minority leader, Haruna Iddrisu, said such claims are propagandist in nature, explaining the government has no such powers.

However, the Tema Regional Chairman of the Ghana Institute of Freight Forwarders (GIFF), Alex Asiamah, disclosed to the media that the Customs Commander at the Tema Port announced the law had been suspended by the government.

The former Trade Minister described the supposed suspension as a propaganda and an attempt to mislead and hoodwink the Ghanaian public just for votes in the elections.

Mr Iddrisu explained that when the law was first introduced in Parliament, the Minority cautioned the government that it was a bad law that will take Ghanaians out of jobs.

After realising that this law will bite them hard in the elections, they have now turned round to claim that it has been suspended, he added.

Indications are that the government has put on hold the suspension of the importation of salvaged cars.

Co-chair of the Abossey Spare dealers exclusively revealed to TV3’s Alfred Ocansey that government has suspended the implementation on the ban of the importation of salvaged and accidents cars.

This According to Clement Boateng was a decision taken at the last meeting government had with implementers and also stakeholders in the industry.

He explained that the implementers including the Ghana Standards Authority were involved in the meeting to assure the general public and importers that the Act that is supposed to take effect from next week will not take effect again.

“At the meeting, it was made clear that the implementation has been put on hold, and that we are at liberty to carry out with our duty which is why the implementers were made part of the meeting to assure us”

But speaking in an interview with Berla Mundi on TV3’s New Day Wednesday, September 16, Mr Iddrisu who is also Member of Parliament for the Tamale South constituency said “. The Trade Minister has no such power, the President of the Republic Nana Addo Dankwa Akufo-Addo has no such powers. If they want a repeal of the law they should walk back to parliament.

“Ghanaians should ignore their propaganda on the suspension. What law is on suspension?

“You just come on radio and television and say you have suspended a law because of opportunistic political gains.”

He added, “All should legally dismiss their argument because that is very misleading and very worrying for a country governed by rule of law. You passed a law, you assented to it when you came to Parliament, you argued favourably that this was good law. We cautioned them and they would listen."