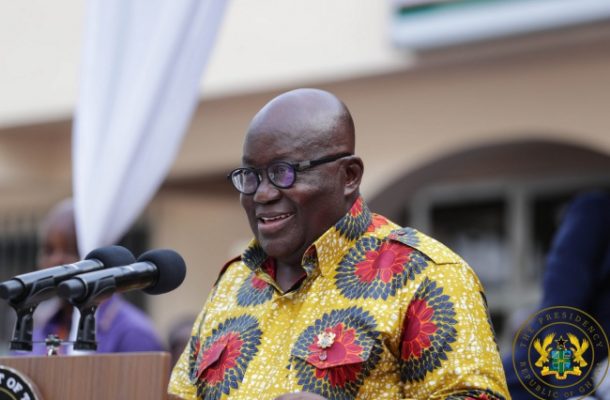 President Nana Addo Dankwa Akufo-Addo is predicting another landslide victory for the New Patriotic Party (NPP) in the 2020 election.

Despite persistent complaints of hardship, the President believes the achievements of his government in the last two years are enough to secure the NPP another term in office.

Speaking at the commissioning of the Anyaa LA school complex at Anyaa as part of his tour of the Greater Accra Region, he said, “I will ask for your continuous support for my party and for my government, for it is that support that strengthens me in the work I am doing.”

“[For] the one million difference in 2016, we are going to increase it on the basis of the work that I am doing… All those who said that I would not be able or I could not fulfill my promises, I hope that one by one, they are seeing that they were wrong.”

President Akufo-Addo is yet to declare any intent to run in for the presidency in 2020.

The main opposition party, National Democratic Congress (NDC) is yet to pick a candidate represent them in the 2020 elections although Former President Mahama has been tipped by many political commentators to emerge winner of the internal race.

The support for the Former President continues to heighten within the party as a group of 96 Minority Members of Parliament, known as MPs4Mahama, have mobilised 603 pledges of GHS1,000 each towards footing the GHS420,000 nomination and filing fees of Mr Mahama.

Meanwhile, the NDC has slated January19, 2019 for the election of its flagbearer for the 2020 presidential election.