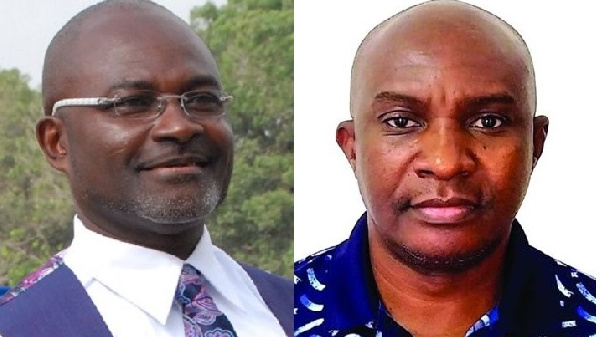 Eric Kwadwo Baidoo, a disqualified lone contender of Assin Central MP, Kennedy Agyapong, has threatened he will go independent if his appeal to the National Secretariat did not yield any good results.

The disqualified aspirant who was seeking to scuttle the sixth term bid of the NPP firebrand Kennedy Agyapong was disqualified on three grounds by the party’s vetting committee but his supporters are piling up pressure on him to go unopposed.

According to an official of the vetting committee who spoke to MyNewsGh.com, he was disqualified for three major reasons: that he is unknown to the party, he fuelled a demonstration against the party and that he has flouted the rules of the party.

The disappointed and enraged parliamentary aspirant hopeful, however, suspects that his disqualification was fuelled by a vow by Hon. Kennedy Agyapong that he would ensure that he does not get to contest in the primaries.

He accused the vetting committee of disrespecting him as they were bent on disqualifying him so they denied him a fair hearing threatening to contest the seat as an independent candidate if he is still denied the opportunity after appealing the decision.

Party officials indicated to MyNewsGh.com that they are yet to receive an official appeal from him but expressed doubts if it would change the outcome of the vetting that has paved the way for the incumbent lawmaker for Assin Central to contest the polls as an unopposed candidate.