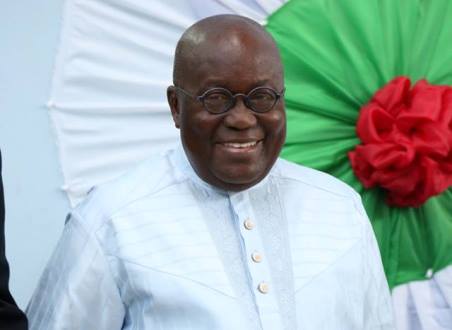 Flagbearer of the opposition New Patriotic Party (NPP), Nana Akufo-Addo, has reiterated his promise of establishing a special prosecutor’s office within six months of his administration, if elected President in the December polls to deal with corruption related issues in the country.

According to him, such a special office, will have a legal backing, and will be independent of the Executive tasked with an “an exclusive remit to investigate and prosecute certain categories of cases and allegations of corruption, including those involving alleged violations of the Public Procurement Act and cases implicating political office holders and politicians.”

Prosecutions of such persons, he stressed, “will no longer be tainted by perceptions of witch-hunting and selective justice.”

The NPP flagbearer made the statement on Monday while he was addressing the 16th General Assembly of the Presbyterian Church of Ghana, at Abetifi, Kwahu, in the Eastern Region. Announcing measures to deal with corruption, Nana Akufo-Addo, who was the Special Guest at the General Assembly, explained that, a successful Ghana can only be built on the basis of good governance, underpinned by efficient and honest public services.

“This requires that we succeed in eliminating corruption…Public service is for me exactly that. Anyone who joins my team to make will not be welcome. Money is made in the private sector, not in public office. I will be strict in my supervision of this principle,” he assured.

Nana Addo also said he will ensure that the Public Procurement Act (Act 663) is adhered to in awarding of contracts.

“Inflated contracts, which are currently the bane of our public finances, will be things of the past. Competitive bidding is the best protection of value for money in our public transactions, and will be the consistent mechanism for undertaking such transactions. The era of sole sourcing will come to an end,” he added.

The NPP flagbearer further asked for prayers for the peace for the nation ahead of the December 7 polls.

“Add prayers for God’s guidance to members of the Electoral Commission, so they can make transparent and fair arrangements for the electoral contest to enhance the stability of our country. And please pray for the NPP and myself, that I will be given, by Almighty God, wisdom, strength, courage and compassion to enable me carry out my duties as a good leader.

“And finally, I ask that you pray that, during this election campaign period, those who seek for votes from the people come with malice towards none and love towards all,” he added.