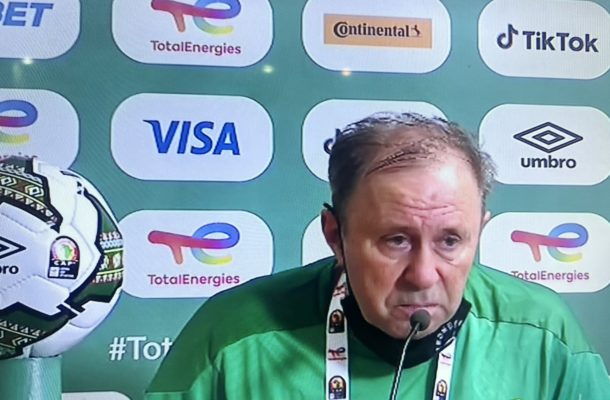 Beleaguered Ghana coach Milovan Rajevac insists that his side will still qualify for the round of 16 despite being held by Gabon in their second game.

Ghana's second game against Gabon was a must win game and it appeared all was going to plan when Andre Ayew scored the opening goal in the 18th minute from range.

Ghana had chances to kill off the game but wasted it when Andre Ayew could have played through Joseph Paintsil late in the game but decided to go on his own.

With two minutes to go, Gabon pulled parity after throwing fair play to the dogs as substitute Jim Allevinnah scored from the right side of the penalty box.

Speaking after the game a disappointed Milovan Rajevac says that his side lacked concentration but will still qualify.

"Lack of concentration in the last minutes affected us again but we have to stay strong ,

I am confident a win in our last game will qualify us to the next round".

Ghana will next play against Comoros on Tuesday.