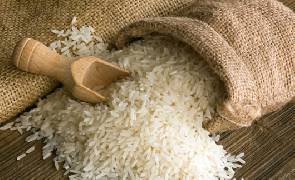 The Executive Secretary of the Importers and Exporters Association of Ghana, Mr. Sampson Asaki has expressed disappointment in the Ministry of Trade and Industry for lifting the ban on the inland importation of rice into the country.

He said the move by government is very surprising since persons who do inland importation do so illegally.

In an interview with Kasapa’s Leticia Ohene-Asiedu Mr. Asaki said those who the inland importation of rice usually use the Elubo, Sampa and Nkrankwanta borders and as such do not pay tax unlike those who use the ports and pay tax to the government.

He said the Food and Drugs Authority will not be able to check whether the rice is of good quality and healthy for consumption or not since they have no personnel at the borders to do the inspection. Mr. Asaki explained further that the move will also encourage smuggling into to the country since the Ivorian taxes are cheaper than taxes collected in Ghana.
 
He said although some importers prefer bringing in goods through the Tema and Takoradi ports move will in influence such importers to use the borders.

The disagreement follows the lifting of a ban placed on inland importation of rice by the Ministry of Trade and Industry and the Parliamentary Select Committee on Trade, Industry and Tourism that importers of rice into Ghana can now do so through the land borders from 1 st August this year.

The ban, which has been in force for about three years now, prevented the importation of rice into the country through the Elubo, Sampa and Nkrankwanta borders.

The move was to curb the numerous unfair trade practices such as evasion of import duties and other taxes, under-invoicing, infringement of trademarks and smuggling.