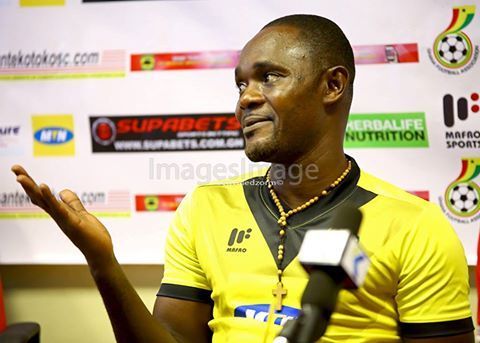 Former skipper of Ghana Premier League side Asante Kotoko, Godwin Ablordey has expressed his readiness to go to into mainstream coaching after acquiring the requisite License.

The former midfield gem who holds a CAF License A coaching certificate, had previously worked as Technical Director of Asante Kotoko’s Youth Team and also served as Team Manager and Assistant coach of the first team.

Since the termination of his contract by the Porcupine Warriors, Ablordey has not been attached to any team.

But speaking in an interview with West FM in Takoradi, the ex-football star says he is now matured to take over any team in Ghana.

“I’m matured enough to coach any club in Ghana whether Division 1 or Premier league because I have all the coaching badges’’, Godwin Ablordey said.

Mean, recent media reports have  linked the former Ghanaian International with a move to Sekondi-based lower tier side Eleven Wise.