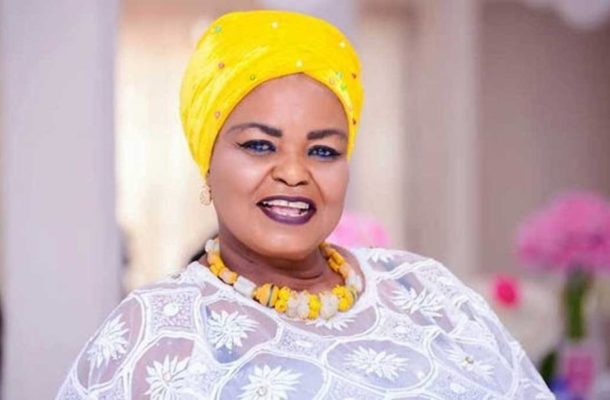 Multiple reports claimed that Auntie B who became a key member of APC quit the church after Reverend Obofour failed to come to her aide when she got seriously ill.

Confirming her health status in an interview with Oman Channel, Auntie B said she had indeed been sick but remains alive as she has recovered.

“I’ve been sick, I was sick but by the Grace of God I am better,” Auntie B went on to say.

On her status as a member of APC, the veteran actress said “I have not left APC, I just said that I was sick and even my father (Rev Obofour) is aware.”

She disclosed that Reverend Obofour was vital in her time of need as the man of God paid for her medical bills in addition to spiritual support.

“I got sick when he recently travelled abroad. When he got back and he was told, he immediately asked that I be taken to the hospital,” she stated.

“All this cost, it was Reverend Nii Adotei Gyata who gave out money for me to be taken to the hospital,” she stated while showing documents covering her medical bills.