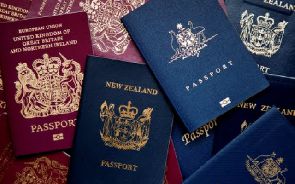 His denial follows claims that he will be violating the electoral laws of Ghana if he contests in the parliamentary election and becomes the Member of Parliament because he is a citizen of both Ghana and the United States.

There have been reports that executives of the NPP in the Bantama constituency in the Ashanti Region are putting in place a risk management strategy to replace Mr Aboagye with Henry Kwabena Kokofu, incumbent MP for Bantama, if he (Mr Aboagye) fails to go through the vetting process of the Electoral Commission (EC) because he holds dual citizenship, a situation which makes him unfit to contest in the elections under the electoral laws of Ghana.

According to reports, if he manages to go through to become the MP, there is a possibility he will be sued in court for forging his documents to deceive a public officer, thus, the NPP’s fallback strategy to have Mr Kokofu file to run as an independent aspirant for the party to retain the seat.

It would be recalled that Adamu Dramani Sakande, former Member of Parliament for Bawku Central, was jailed for two years for holding himself out as MP while still a citizen of the United Kingdom.

Speaking in an interview with Chief Jerry Forson, host of Ghana Yensom on Accra 100.5FM on Monday October 3, Mr Aboagye, also known as Wofa Atta, denied holding dual nationality, saying: “I am smart enough to realise that what happened to our brother Sakande can befall me so why will I engage in such an act.”

“If you want to do a risk management or backup, then there is the need for us all to sit and deliberate on the matter. Secondly, I do not have dual citizenship; I have never been a dual citizen. It is out love for Ghana that I left my job in the United States of America to return home. Over there, I was taken care of properly as an accountant, but due to the mismanagement of the Ghanaian economy by the NDC government, I decided to come back to Ghana to help fix the problem.

“My ambition to be a Member of Parliament in Ghana was nurtured as far back as 1994. Since that time, I have taken steps to ensure that I become MP. I have never been a citizen of another country and I will never do that. I will not say that Americans are not good; they lead Ghana in almost everything but the love for my country Ghana will not let me sell my citizenship.