I'm not worried Kotoko have terminated my contract - Empem Dacosta 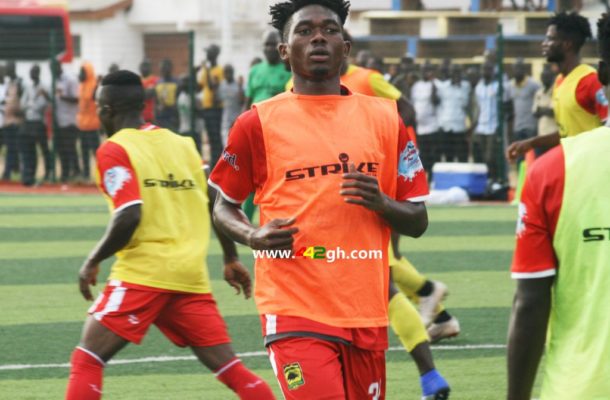 Empem Dacosta seemed peeved at the way and manner he has been hounded out of Kumasi Asante Kotoko but says he is not worried about leaving the club.

He says he is among the privileged few people who have had the chance and opportunity to play for Kotoko.

In an interview with Kumasi FM, an obviously downhearted Dacosta says he gave his all to Asante Kotoko each time he was selected and still loves the club despite the way it has ended.

"I’m not perturbed by Kotoko’s decision to terminate my contract because there are many who sought for this opportunity I had,I will focus on what is ahead of me."

According to Dacosta, he is a footballer and so will look for an opportunity elsewhere if Kotoko doesn't like him.

"I have always loved the club and I never disappointed anytime I was called to duty.I will never give up,this is my profession and I believe there are many opportunities elsewhere," he added.