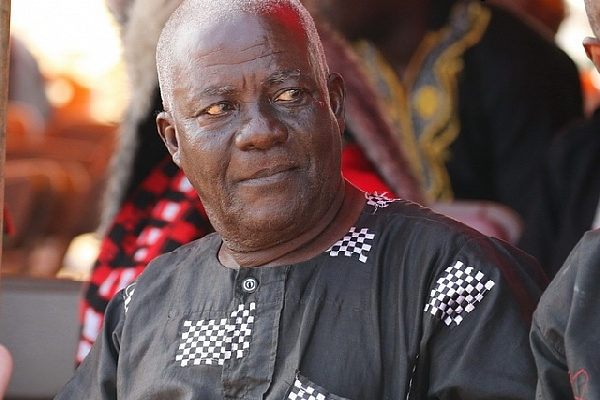 Almost four years after Bishop Daniel Obinim promised to gift Paa George a house, the founder and leader of International God’s Way Church is yet to fulfil the promise but the veteran actor is unperturbed; he is patiently waiting for the present.

George Appiah Kubi, as the veteran actor is known in real life, is however grateful to the popular preacher for honouring a car promise and giving him money for his upkeep.

In 2021, Paa George eulogized Obinim for his benevolence. He disclosed that the preacher once gave him ten thousand Ghana cedis and a car to facilitate his movement.

In his interview with Oman Channel at the time, the veteran was appreciative of the kind gesture. He further disclosed that Obinim had been paying for his rent after he [Paa George] made known his plight.

“You cannot pressure someone who has promised you, it has to be done at their own time and will. I go to church and he sees me all the time. I believe the time has not come yet because, at the end of every year, he brings me money for my rent. He pays for my rent and for such a person, I can’t be less grateful,” Paa George said in the Twi language.

Meanwhile, the legend has in an interview on XYZ TV said he has prayed to God to call him to glory when he reaches the age of 96. According to him, two years before his death would be years of bliss and utmost relaxation.

“I know that I’m definitely going to die. I asked for only 96 years on earth. I told God not to add anything to that duration. I must go and rest. I’m 85 years now, so it’s left with only 11 years for me to die.