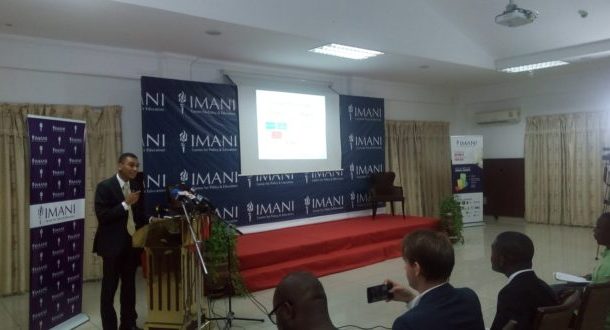 Policy think tank, IMANI Ghana, has shredded campaign promises of the various political parties in the country describing them as non-quantifiable.

According to IMANI, thorough research it conducted into the promises revealed that they lack the necessary basis to materialize.

In its special report on major campaign promises made by the six main political parties in the country namely, NDC, NPP, PPP, CPP, NDC and PNC, IMANI Ghana said that most of the promises were not quantifiable.

IMANI Ghana explained that, out of the 247 promises made collectively by the parties, only 18 can be assessed.

Presenting the findings at a forum, one of the researchers, Stefan Reppan, bemoaned the practice, saying the lack of proper quantification of political promises makes it difficult for the electorate to make informed choices on Election Day.

“A total of 247 promises were identified, out of this  18 were quantifiable, 43 were semi-quantifiable, and 186 were non-quantifiable. So it is clear that the vast majority of the promises that the parties present are not assessable and are empty promises,” he added.

“…I do want to highlight that the report is tentative, we do make a lot of assumptions but we want to put rough numbers out there and especially in my opinion we want to push the parties to provide a financial plan and a cost benefit analysis to back up every promise that they make to the Ghanaian people. Because three fourth of the promises are non-quantifiable, it’s impossible to make a holistic feasibility analysis of the whole policy set,” Stefan Reppan said.

The think tank also punched holes into the governing National Democratic Congress (NDC’s) promise of reducing inflation to a single digit by 2017.

They also cast doubts over the CPP’s Almond Tree and Wind Turbine promise as well as the PPP’s promise to scrap the winner takes all concept.