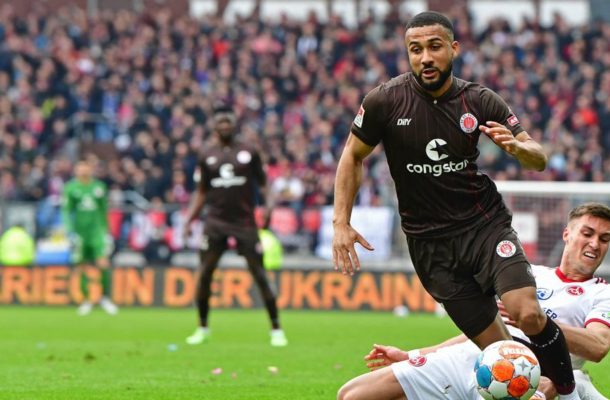 The Hanseatic League side have identified the Ghanaian midfielder as a prime target as they continue with their summer rebuild of the squad ahead of next season.

Planning at Werder Bremen for the squad for the upcoming Bundesliga season is in full swing.

Three new signings have already been confirmed in defenders Niklas Stark from Hertha BSC and Amos Pieper from  Arminia Bielefeld as well as defensive midfielder Dikeni Salifou from FC Augsburg U19.

Werder Bremen are planning to reinforce their attack and Daniel-Kofi Kyereh has aroused the interest of the Bremen side.

According to "Kicker", there was a meeting between Kyereh and Werder Bremen's sports director Frank Baumann, although coach Ole Werner is described as a big supporter of a possible transfer. But as one could already guess, the deal would probably exceed the financial possibilities of the top-flight returnees, who are reasonably equipped.

It was already known that St. Pauli would not even start talks with offers of less than three million euros.

The "Kicker" puts the hoped-for fee for the offensive man, who got off to a spectacular start last season, at around 4.5 million euros. A handsome sum, especially in times of a pandemic, but certainly not grossly exaggerated given Kyereh's achievements.

So far, it is said, three clubs have approached the Kiezklub with a concrete offer.

In addition to SC Freiburg, whose interest has been known for a long time, there is also interest from  VfB Stuttgart and FSV Mainz 05.