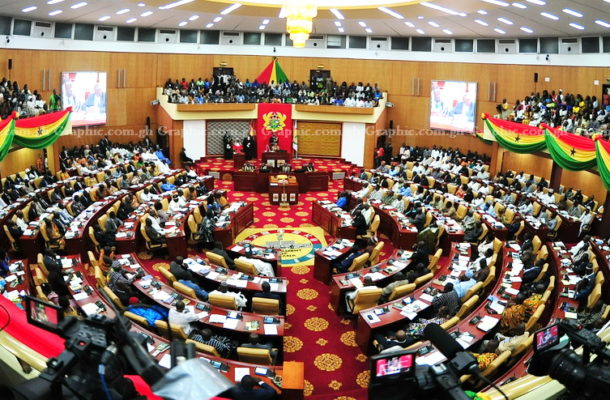 A New Patriotic Party (NPP) legislator has blamed “incumbency jinx” for the outcome of a survey that revealed that Members of Parliament for opposition National Democratic Congress (NDC) better deliver on their mandates.

A research conducted by the Political Science department of the University of Ghana has revealed that Members of Parliament (MP) from opposition National Democratic Congress (NDC) are doing better than their colleagues from the governing New Patriotic Party (NPP).

Explaining the survey, which evaluated the 275 MPs through perceptions from the constituencies, Senior Lecturer and head of the research team, Dr Isaac Owusu-Mensah explained that the research is aimed at seeking the views electorates held about their MPs performance.


Dr Owusu-Mensah revealed on Adom FM’s current affairs show, Burning Issues, another current affairs programme, on Monday, May 10, 2019, that, the relationship between MPs and chiefs, District Chief Executives (DCEs) as well as the constituents was also paramount in determining the Legislators performance.

The leader of the research team explained that five electoral areas from each constituency were selected whilst 20 people from Electoral area were questioned.

According to the findings of the survey, 50.8% of the respondents said the first responsibility of their MPs was to advocate for development whereas only 1.3% extolled parliamentarians who scrutinise policies in Parliament.

Meanwhile, 88.7% of the respondents, according to the survey, said their MPs promised them development including infrastructural construction such as schools, roads, hospitals etcetera.

The study further revealed that 44% of MPs do not visit their constituencies which played a key role in the ratings given by constituents.

The research also indicates that most of the MPs that do not visit their constituencies are the first time MPs and are predominantly within the Greater Accra Region.

Dr Owusu-Mensah said on Burning Issues that “the only aspect the NPP MPs did better than NDC is the relationship between MPs and DCEs and this could be due to the fact that the NPP MPs are in government and the DCEs are also chosen by the government.”

“I had to go back and check if that was really it because I was wondering how the opposition could be explaining government policies better,” Dr Owusu-Mensah said.

Explaining what could be the reason for the surprising revelation from the survey, Mr Yaw Buabeng Asamoah said on PM Express that it is possible that NPP MPs are distracted in the attempt to deliver on their core mandates.

Below is the list of the best ten performing MPs, according to the survey:

Meanwhile, Dr Owusu-Mensah said, “the worst performing MP is in the Eastern Region with less than 10% rating who will be named later when the list of worst MPs are released”.