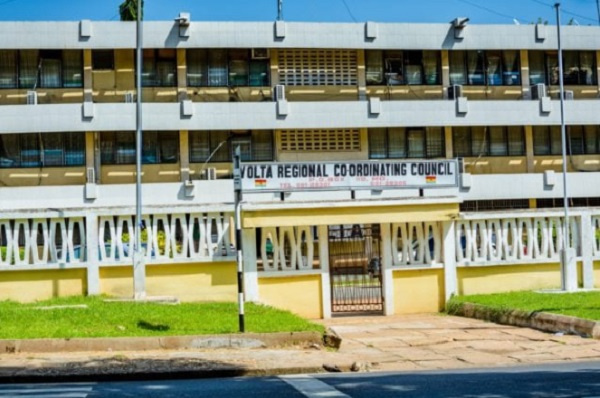 It is said people who have never met can have a sense of unity, knowing they are part of the same country flying the same flag.

National flags are simply symbols of identity and arguably the soul of nations.

In some countries, it is regarded as an object that gives hope to citizens, with many prepared to die for colours of their national flag.

The colours and symbols are said to convey the ideas, ambitions and values of the country.

Unfortunately, it appears the importance of national flags and the pride they give to citizens is gradually getting lost on many Ghanaians.

This situation was evident at the 63rd Independence anniversary celebration in the Volta regional capital, Ho, where national flags of public institutions and security services were said to be on holiday.

There was virtually no sign of celebration of independence anniversary in the regional capital apart from security services, selected schools and some heads of institutions who gathered at the Jubilee Park for independence parade.

Though structures at the Jubilee Park are painted in colours of the national flag, the flags were absent in town.

At the 66 Artillery Regiment, the GNA saw the Unit flag up high without the Ghana flag, but was told the national flag of the Artillery was sent to the Independence parade ground.

It was only GAD furnitures, a private company located opposite the military barracks that had the national flag flying at full mast.

Some heads of institutions told the GNA they did not hoist the national flag on Independence Day because it was a holiday.

Others said though they had the flag poles, they did not have the flags to hoist.

But Mr Prosper Afenyo, Volta Regional Budget Analyst, said that was no excuse and said it was negligence on the part of public institutions not to hoist the national flag on Independence Day.

He said Ghana's flag was first hoisted on March 6th and that it was a must for the flags to continue to fly high in all public institutions, especially on Independence Day.

Captain (Rtd) George Nfodjo, a former Member of Parliament for Ho, also said Independence Day was a significant day to display the country's flags and that the excuse that it was a holiday was not tenable.

"Today is a special day and our flags can't be kept indoors. This will not happen anywhere. It means the spirit of the nation is down," he said.

Mr Nelson Akorli, a former Municipal Chief Executive of Ho, said he was surprised he did not see colours of the national flag in town to mark the celebration.

He said decorating the town with colours of the national flag and hoisting the flags on Independence Day would help tell the Independence story better and would instill values of patriotism and nationalism in the citizenry.

Another worrying issue is the non-availability of the national flag in shops and the Ho Central Market for sale.

Perhaps, a strong indication and opportunity for the Information Services Department to go back to its national reorientation campaign.

That exercise years ago invoked the interest of the citizens on the national colours, promoted patriotism, punctuality and nationalism.

Let's bring back the love for the national flag for national cohesion. It is the soul of the nation to, which every national is connected. So let's keep the flags up.

Ghanaians love the red, gold, green and the black star. ISD should, therefore, make the flags available so we rally round it for a united nation.