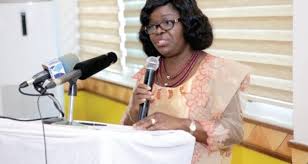 Ghana's annual consumer price inflation dropped to 16.7 percent in July from 18.4 percent in June as the cedi currency stabilised and food prices fell at the start of the harvest season,the Ghana Statistical Service  has said.

"The main reason why we are seeing a drop in July is as a result of base drift and seasonality effects, influenced by stability of the cedi and the beginning of good harvest," government statistician Philomena Nyarko said at a press briefing .

The monthly inflation rate for July also slid 0.4 percentage points to 0.9 percent, relative to the 1.3 percent recorded in June.

Mrs. Nyarko explained that the price stabilities in certain key areas were the main factors precipitating the lower inflation.

These include utility tariffs, which stayed down this year, compared with 2015 when they went up by 15 percent, and cooking gas and electricity which remained low, compared with the above 19 percent increase last year

Year-on-year non-food inflation for July was 21.2 percent, down from 24.1 percent in June, while food inflation was unchanged at 8.6 percent, she stated.

Analysts have predicted a further decline in inflation in the months ahead due to a monetary tightening stance held by the Bank of Ghana, and supported by the harvest season.