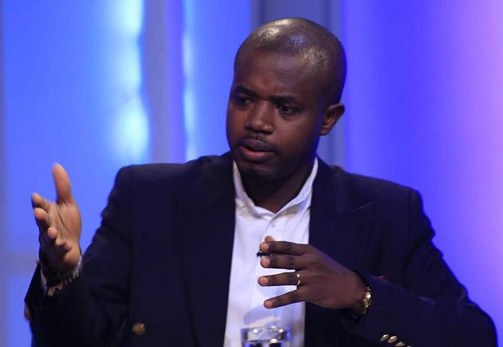 A private legal practitioner who doubles as a Special Aide to former President John Mahama, Godwin Edudzi Tamakloe has described a red alert issued by Interpol for the arrest of Samuel Adam Foster, also known as Adam Mahama over his alleged role in the Airbus bribery scandal as ‘useless and worthless’.

Adam Mahama is being charged with “accepting a bribe to influence a public officer” and “acting in collaboration with a Public Officer for the Public Officer’s private profit”.

Following an arrest warrant approved by a Circuit Court in Accra, the Interpol subsequently placed a Red Alert for the capture and possible extradition of Mr. Adam Mahama.

Edudzie Tamakloe on Okay FM’s 'Ade Akye Abia' Morning Show argued that the Special Prosecutor, who was tasked to investigate the scandal, is only capitalizing on the issue to stay relevant and also to water down the tension of the Akufo-Addo government.

“Quite clearly, you will see that this is a Special Prosecutor who is trying very hard to remain relevant in the midst of the confusion that we have seen, and that is why I want us to treat this arrest warrant with the contempt that it deserves.”

“At first glance, one would note that this is nothing but a typical government public relations gimmick. It is useless and worthless. In the absence of any concrete evidence, this whole arrest warrant ought to be treated with contempt,” he stated.

Mr. Tamakloe said United Kingdom (UK) authorities refusal to issue a warrant for Adam Mahama’s arrest since the scandal emerged is a testament of his innocence.

“If this man had committed an act of bribery and corruption in the United Kingdom, the first person to effect his arrest will not be a Martin Amidu who has completely been rendered less useful under this administration. As we speak, the UK authorities are yet to effect the arrest of Adam Mahama.”

“If you even look at the details, you realize this is much ado about nothing. Mr Alamisi Amidu wrote to the Serious Fraud Office. It has been more than four months now, and the Serious Fraud Office had basically ignored him. To prove his usefulness, he went to the Circuit Court in Ghana in May to procure the warrant of arrest.”

The Interpol red alert indicated that “extradition will be sought upon the arrest of the person, in conformity with national laws and/or the applicable bilateral and multilateral treaties.”

On January 31, Ghana was cited as one of five countries in which global aerospace group, Airbus SE, allegedly bribed or promised payments to Senior Officials in exchange for business favours between 2009 and 2015, according to the UK’s Serious Fraud Office.

This led to a record £3 billion in settlement by Airbus with France, the United Kingdom and the United States to avoid corporate criminal charges.

President Akufo-Addo later referred the Airbus bribery scandal to the Office of the Special Prosecutor for investigations.

These investigations were expected to be conducted in collaboration with UK authorities, according to a statement from the Presidency.

In addition to Ghana, the company allegedly paid bribes to officials in Malaysia, Sri Lanka, Indonesia and Taiwan within the same period.

The UK’s Serious Fraud Office, however, in its statement of fact did not name the individual Ghanaian officials nor the Airbus agents involved in the crime because investigations were still ongoing.