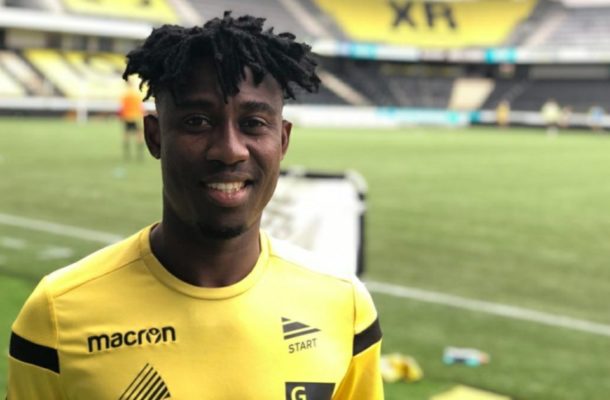 Ghanaian midfielder Isaac Twum is inching closer to a move to Norwegian side Mjondalen in the current transfer window.

The IK Start player is expected  to join rivals Mjondalen in the coming days after both clubs reached an agreement.

He has not been a regular player at IK Start and is keen for a new challenge at his new side as he has been on the periphery of the first team.

The former Hearts of Lions midfielder could only watch his team's 2-1 loss against Kristiansund from the substitute's bench the whole duration of the game.

Twum's agent Omar El-Eter has been busy looking for a way out for his client and that will soon be a reality.

The Ghanaian midfielder joined IK Start from Inter Allies in 2017 after starting his career with Kpando Hearts of Lions.

He has played for Ghana at the U-17 and U-20 levels and was captain of the 2017 WAFU squad that won the tournament on home soil.

Twum has one cap for Ghana and is yet to score a goal.