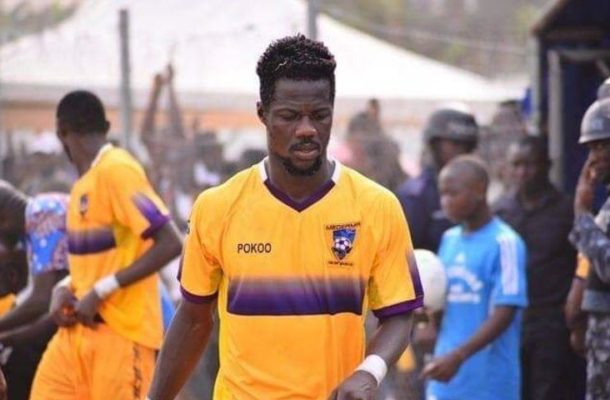 Medeama midfielder Richard Boadu aka Agadas has confirmed that Kumasi Asante Kotoko have written a letter to his club for his services.

Kumasi Asante Kotoko are on a recruitment drive preparing for next seasons CAF Champions League and the club have identified the central midfielder as key to their plans.

The player says he is ready and willing to play for Kotoko and has made his decision known to his club.

"It’s true Asante Kotoko has written to Medeama for my services." he told Kumasi FM.

"I have told my management I want to leave for Kotoko after they inquired from me seeking my consent.I have spoken to officials of Kotoko too but not in details."

According to Richard Boadu, it has always been his dream to play for Asante Kotoko but cannot force his way out of Medeama unless there is an agreement.

"It has always been my dream to play for Kotoko despite wishing to play abroad."

"Kotoko has been a dream since I begun my footballing career,it was special playing against them during my days at Corners."

"I cannot insist on leaving Medeama if they are unwilling to release me for Kotoko but I leave everything in the hands of God" he added.