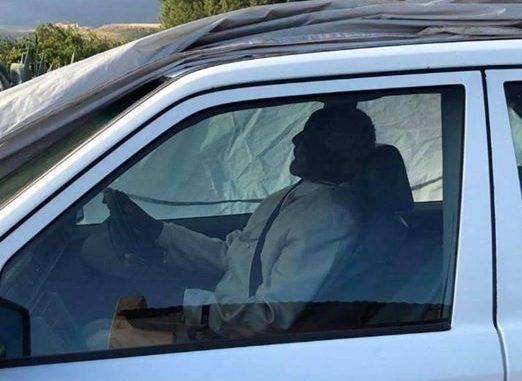 A Mercedes-Benz has been used as a coffin to bury a South African politician, Tshekede Bufton Pitso.

It was part of his wishes, several news portals in South Africa have reported. 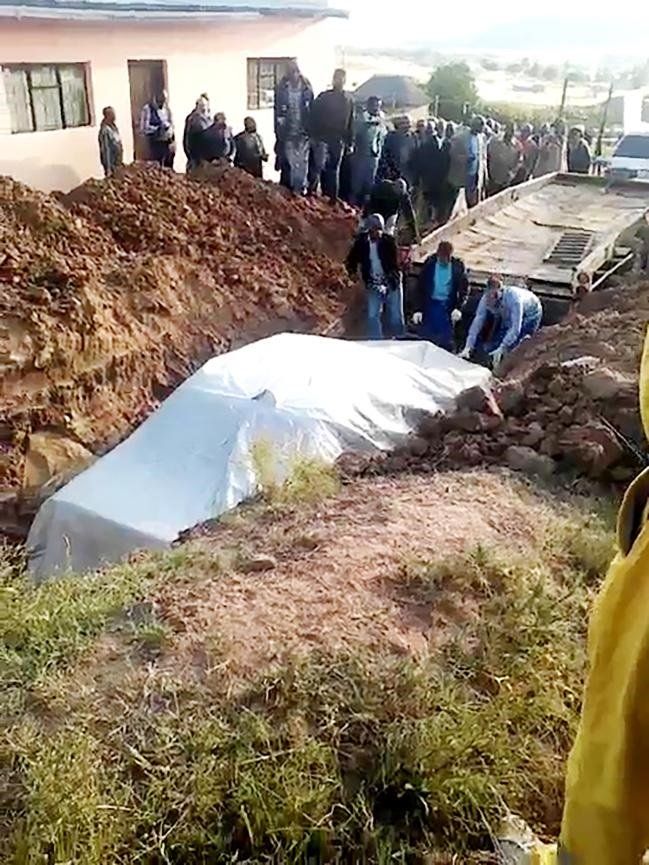 Tshekede Pitso, 72,was walking towards the car outside his home last week when he collapsed and died.

The high-ranking member of the United Democratic Movement, described as ‘flamboyant’ was positioned in his car in a driving posture, wearing a white shirt and a suit.

Even his seatbelt was fixed on in his automobile grave. 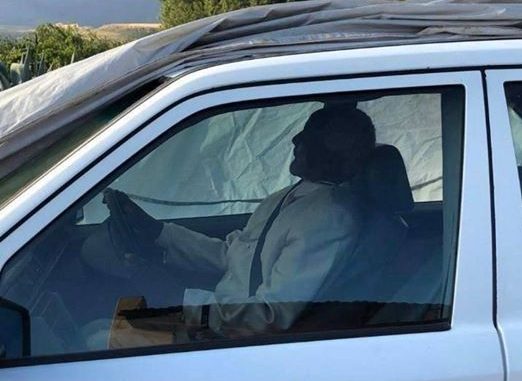 In a country under lockdown, his burial last Saturday became the talk of town as he sat with his hands on the driving wheel while the car was towed into the ground.

United Democratic Movement leader Bantu Holomisa said: “You were flamboyant even in death, and I’m not surprised you asked to be taken to your final resting place in your favourite Mercedes Benz.” 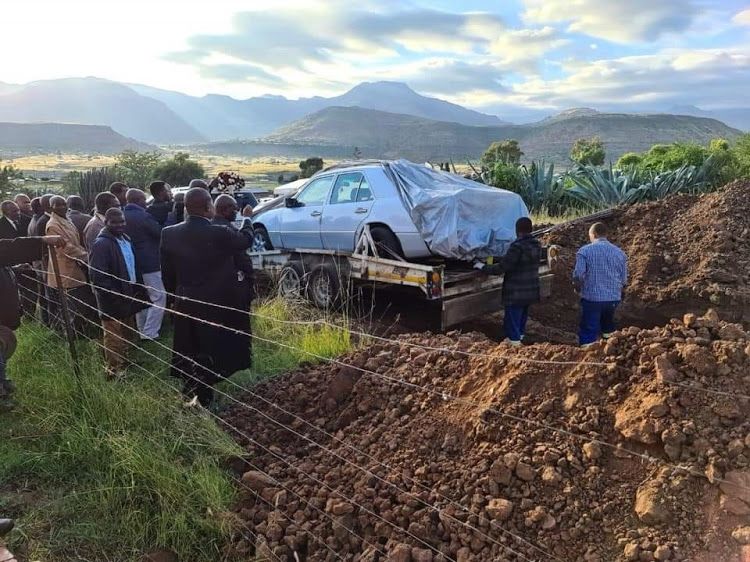 UK-based news portal, The Sun, reported her daughter, Sefora Letswaka, 49, as saying: “My father was once a wealthy businessman and had a fleet of Mercedes cars but towards the end he hit on hard times and they went.

“About two years ago he bought himself a second hand Mercedes Benz.

“It wasn’t long before it broke down but he still spent much of his time in it outside the house.

“He couldn’t drive it but that was where he was happy and [he] spent much of his time sitting behind the wheel.

“He said when the time came he wanted to be buried in it.

“We listened to him and honoured his wish and hope he is happy looking down on us.” she said after the funeral in Jozana village in Sterkspruit which is in the Eastern Cape.