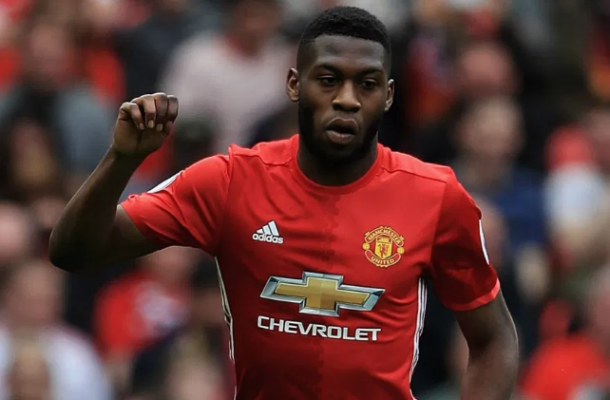 Born in Amsterdam to Ghanaian parents, the youngster was lured by English giants Manchester United in 2014 where he spent two years in the youth ranks before getting promoted to the senior side in 2016.

He made his professional debut at left-back on 28 February 2016, in a 3–2 Premier League win at home to Arsenal, coming on as a 55th-minute substitute for Marcos Rojo.

The versatile player who is adept at playing anywhere across the backline and also as a defensive midfielder was rewarded with a four year contract that was to expire in 2020 with an option for a further year.

He went on loan spells at Crystal Palace and Fulham but was blighted by niggling injuries and eventually returned to his parent club Manchester United but was finding it difficult for first team football.

In January 2021 he departed Manchester United for German side Bayer Leverkusen despite the English giants offering him a contract extension.

Speaking with Accra based Happy FM, he says he had to leave Manchester United for regular first team football.

“I left Manchester United because I wanted to play football regularly. For me, the most important thing is to play but I wasn’t getting that. Manchester United was even prepared to offer me a new contract and wanted me to stay.I had to make that tough decision and it wasn’t an easy one to make”, he told Ohene-Bampoe Brenya in an interview on Happy Sports on Happy FM.