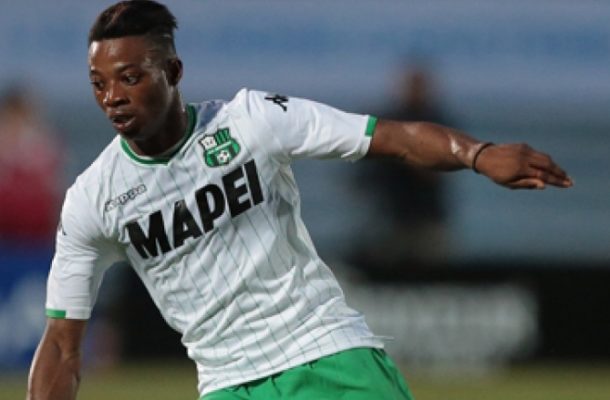 Italian second-tier club Pescara are in pole position to secure to the services of Ghanaian defender Claud Adjapong from top-flight side US Sassuolo ahead of the start of the 2020-21 Serie B campaign.

Report in the Italian media suggest that the 22-year-old right back is on the verge of joining Pescara on a season-long loan deal in the ongoing transfer window.

The Highly-rated Italian born Ghanaian had an impressive spell at Hellas Verona last season, attracting the attention of the Stadio Adriatico outfit who look set to snap up his services ahead of the new football season.

According to Pescara-based Newspaper ll Centro, the talented wingback is heading to the "White and Blues" as they are keen on bolstering their lateral defense with his acquisition this season.

It is believed that fellow elite division sides including Crotone, Genoa and Spezia are also currently in the running for his signature in the ongoing transfer window.

Adjapong is likely to be farm out to suitors by the Mapei Stadium outfit as he is still not in the plans of manager Roberto De Zerbi for the upcoming football season.

His contract with US Sassuolo will expire in June 2023 and his market value has been pegged at €2.7m as per transfermarket.

The Modena-born defender is still eligible to play for Ghana at the international stage despite featuring for the ltaly national youth teams.