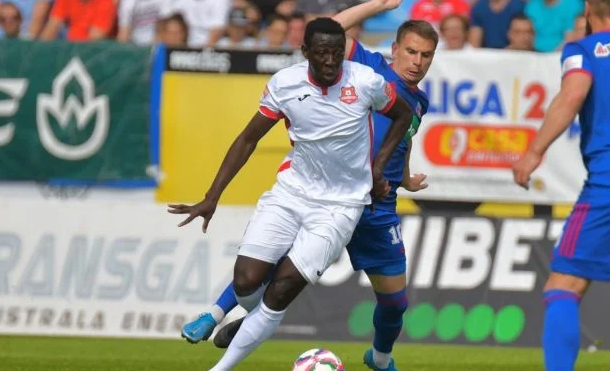 Ghanaian midfielder Baba Alhassan says that it is very hard to concentrate on football when you have not been paid as a player for so long.

His Romanian side FC Hermannstadt is going through financial troubles and has not paid their players for nearly three months now.

Despite the well-documented financial troubles, the club has won its last two matches with the Ghanaian midfielder scoring four goals.

According to the Ghanaian midfielder, he is struggling to support his family as he has no money but he says they have stuck together as a team in the difficult times.

"We have big problems, and football is not just a game, it's a hard thing, but I and my colleagues really give everything. It's harder to focus when you're unpaid, because I think about family, first of all, I can't support my family financially if I'm not paid. I think about it and it doesn't feel good at all. But if you follow our developments, no one outside the club would believe that we are in financial trouble. The way we play, you'd say we get paid by the day! "